11 Things Every Estate Plan Should Have To Protect Your Family, Money, and Property

We once had a client whose daughter had died without a Will or Trust.

The daughter had 2 young children from a first marriage. When she remarried, she added her new husband to her house and bank account.

Sadly, she was in a car accident which unexpectedly took her life. Because she didn’t properly plan, the second husband received nearly everything.

Her 2 young children were entirely disinherited – they did not receive a penny.

Worst of all, her parents had to fight in court for years trying to obtain guardianship of the children.

It was a completely avoidable tragedy.

To help others avoid situations like this, we wrote the Michigan Estate Planning Checklist.

Based on MI Law So It's Accurate!

Click Here To Get Your Free Guide
Regardless of your age, marital status, or wealth – Estate Planning is something you need to do if you want to make sure your valuable assets, prized possessions, and critical end-of-life decisions remain in the hands of the ones you love and trust.
And it doesn’t need to be complicated, especially if you follow this simple Estate Planning Checklist designed to highlight the best practices to help you evaluate which of these tools will be of value to you.

1. Start With The Basics

A comprehensive Estate Plan should consider what happens in the event of both death and disability.

It should take into consideration what you want to happen to your property upon your death, the financial well-being of your family, the degree to which probate court can be avoided, and how to eliminate or minimize Estate Taxes.
These goals can be accomplished in different ways, including properly setting up ownership of assets, designating beneficiaries where possible, and executing one or more Estate Planning documents.
In addition to financial matters, an Estate Plan should also consider the guardianship of any minor or disabled children, and medical treatment planning.

2. Get Comprehensive Insurance Policies To Cover Any Debts

One way to make sure that your debts are covered and that your family is provided for is through auto, homeowners, disability, and life insurance.

Parents of minor children and homeowners, especially, should consider having life insurance policies in place.
You may also want to look into getting life insurance if you anticipate your estate having to pay a large amount of debt or estate taxes.
This would help make sure that your heirs still receive the property you would like them to get without having to use their inheritance to pay off your debts.

3. Make A Will (aka Last Will and Testament)

At a minimum, you need to have a Will in place. Without a Will, the State of Michigan will distribute your assets according to the state’s law and direction, which might not be in line with your wishes or the best interest of your family.

Having a Will makes sure any of your property that must be probated through the courts passes according to your wishes instead of the government’s.
When making your Will, you need to think about all of your assets and who you would like to receive them. Those you pick to receive your assets are also known as your beneficiaries.
This document also lets you designate someone you trust as the personal representative of your estate. The personal representative is responsible for finding your assets after you pass and managing them until they are distributed to your heirs.

4. Think About A Living Trust (aka Revocable Trust)

While a Will is the minimum you should have in place, it does not protect your family from the Probate Court process. Probate can be a stressful and heartbreaking experience for your family. We have seen scenarios where families spent years of time fighting in Probate and tens of thousands dollars in legal fees and lost assets after the death of a loved one.

One of the main benefits of a Living Trust is that property contained within it does not have to go through Probate. Instead, the property and assets pass directly to your Trust Beneficiaries (your children for example). This means a savings of both time and money for your loved ones.
With a Living Trust, property titles are transferred from you to the Trust and you become the Trustee. While you are still alive, you maintain all control over the property. You can manage the property the same as if it was still in your name (sell or mortgage it for example) and may acquire more property and add it to your Trust. When you pass away, the person you appointed as your Successor Trustee (a brother, sister, or close trusted family member for example) makes sure that the property is transferred to those you designated as the Trust Beneficiaries. This transfer does not require Probate.

5. Make Sure Minor and Disabled Children Are Provided For

If you have minor children or disabled children, you can designate a guardian you trust to take care of them.
Your kids will also need someone to handle property or other inherited assets that you pass onto them, so make sure you name someone to handle the financial affairs as well.
This person can be the same as the physical guardian, though it doesn’t have to be.
If you don’t pick someone, the court will appoint whoever it think is the best person to raise your kids.
And this may not be who you want (i.e. crazy mother-in-law, estranged brother, state representative).
In addition, many people are unaware that you do not have to distribute your entire estate to your children immediately after your death.
And oftentimes, it’s not wise to do so.
Using a Living Trust, for example, you can hold off on distributions until your children reach a certain age, or achieve a milestone (i.e. graduation from college, marriage etc.).
A Trust can also be used to ensure that your children don’t lose their inheritance due to substance abuse, creditor problems, or divorce.
As an example, we once represented a client who was in charge of managing his father’s Trust. The client’s sister was the beneficiary, and as luck would have it, was awful with money. Her creditors were breathing down her neck, and she needed to declare bankruptcy. The inheritance would have been devoured by the creditors or swept into her bankruptcy filing had the Estate Plan forced us to make distributions immediately. Instead the Trust allowed us to wait until after the sister had discharged her debts in the bankruptcy court and then make the payment.
She ended up with roughly $800,000 more than she would otherwise have received!
In a more drastic example, we once handled a case where a father was in an accident with his two sons. The father was killed instantly. The youngest son suffered severe handicaps. Half of the father’s property went to the youngest son disqualifying him from desperately needed medical benefits. The remainder of the property went to the older son who was not ready for the responsibility and dropped out of school. Sadly this could have easily been prevented with a Living Trust.
For this reason, it is particularly important to have a properly drafted Trust when you have young children who may face unpredictable (and unknowable) challenges as they grow up.

6. Make Sure Your Beneficiaries Names Are Up To Date

Whether you have a Will, Trust, or Life Insurance Policy, make sure the names of your beneficiaries are correct and up to date.
If you’re divorced or re-married, it’s especially important to make sure the proper people have been designated.
Also remember, it’s not always advantageous to list beneficiaries directly on a life insurance policy or other account. You may be missing out on critical advantages by not naming your Trust instead.

7. Consider A Financial Power of Attorney

A Financial Power of Attorney is a way to allow someone else to manage your finances in the event that you become incapacitated and are unable to make those decisions yourself.
Basically, it grants someone legal authority to act on your behalf for financial issues.
But, be careful to establish your Power of Attorney as a “springing” power so that it is only effective if and when you become incapacitated.

8. Consider A Medical Power of Attorney

A health care power of attorney designates someone you trust to make decisions regarding your health care in the event you are mentally or physically unable to make decisions for yourself.
You should discuss your desires for medical treatment with the person you designate.
Also consider supplementing your Medical Power of Attorney with a Living Will, which will explain to your representative what your end-of-life wishes are so that they will know what actions to take if you’re unable to communicate.

9. Compile All Of Your Digital Profiles (Logins, Passwords, etc.)

Most people have online accounts, including email, bank accounts, investment portfolios, Facebook, etc.
It’s a good idea to compile a list of all of your website usernames, logins, and passwords and give them to someone you trust with the authority to access your digital assets after your death and act according to your instructions.

10. Consider Leaving Instructions Regarding Your Remains

One of the biggest expenses when someone dies is the funeral, and one way to keep costs down for your loved ones is to arrange for yours ahead of time.
You can set up a payable-on-death bank account for this purpose or pre-pay for your funeral.
Remember to include your preferences for the Disposition of Remains whether it be cremation or burial.
Another consideration you may want to address in your end-of-life documents are organ and body donation.

11. Keep Your Estate Plan Paperwork In A Safe Place

Once you have all of your Estate Planning documents in order, make sure they are in a safe place and that the appointed representatives of your Will, Trust and/or your Power-of-Attorney know where to find them.
It’s also a good idea to place any deeds, copies of bank statements, credit card statements, and life insurance policies together with your estate documents so that your representative knows where to find your money and assets.

12. Consult With A Professional To About Your Unique Estate Planning Goals.

We once had a client whose brother had downloaded a pre-fab “form” Will off of the internet.
Unfortunately, the “Will” had not been reviewed by an attorney and wasn’t considered legally valid.
As a result, the client had to spend 3.5 years (and tens of thousands of dollars) fighting off legal challenges trying to prove his brother’s intentions to the Probate Court.
A situation that could have been easily avoidable.

To help you avoid a costly situation like this, we have a unique opportunity for you...

We Never Know What Could Happen To Us Tomorrow

Protect Your Family, Money, and Property From Probate Court Today! 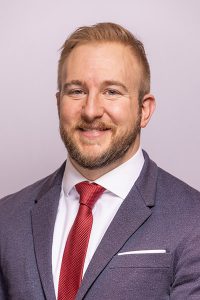 Chris Atallah is a licensed Michigan Attorney and the author of “The Ultimate Guide to Wills & Trusts – Estate Planning for Michigan Families”. Over that past decade, Chris has helped 1,000s of Michigan families and businesses secure their futures in all matters of Wills, Trusts, and Estate Planning. He has taught dozens of seminars across the State of Michigan on such topics as avoiding the death tax, protecting minor children after the parents’ death, and preserving family wealth from the courts and accidental disinheritance. If you have any questions, Chris would be happy to answer them for you – just call at 248-613-0007.

Where Should We Send Your Free Guide?

By clicking, you agree to be contacted by our law firm